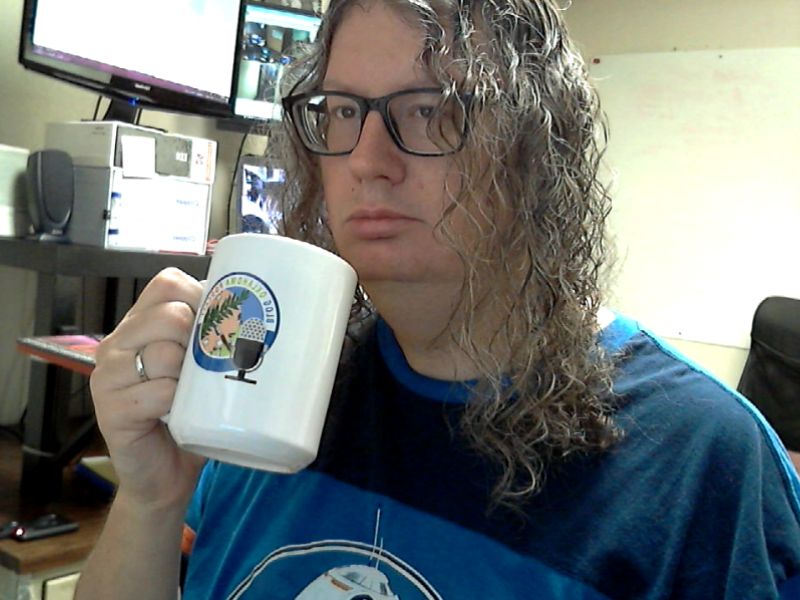 Welcome to another edition of frizzy hair Friday. Someday I’ll learn to use hair products.

It’s been a really busy week here in the small cold dark north facing windowless office. That Node project I’ve been working on all month is still what I’m working on. I’ve now combined it with some new IoT / ESP8266 programming. So it’s been fun. No really.

Speaking of wifi, I need to troubleshoot my household network too. I’m not getting a reliable signal there either. I think I need to move my wifi channel. Several new hotspots went up in my neighborhood on the same channel and I think I may be getting some interference. Now where to find the documentation for my cable modem. Hmmm.

Oh quick reminder. No new Blog Oklahoma Podcast episode this week. Taking the Labor Day weekend off. I’ve got a PS3 full of new-to-me games I haven’t played yet. Next episode will likely be the comments one I’ve been promising for a while now.

Speaking of comments... (segues - got love those)

That’s not the news. I get comments on Facebook. Yes, it happens. And no I still don’t like Facebook, but I am using it. Shut up.

Now where was I? Oh yeah.

What happened was something that has never happened before on anything I’ve ever posted on Facebook, but was bound to happen due to the nature of Facebook comments in general so it was only a matter of time. Hitler has now been mentioned in a comment thread on one of my posts. We’ve reached a real benchmark here, the Godwin's Law achievement has been unlocked.

I shared a post by Dan Rather on the recent Donald Trump immigration speech. So you can blame his Orangeness for this. Yes, I watched Trump’s “immigration policy” speech. Heck even I was thinking it, I just didn’t say it in the comments. From the tone alone you would be thinking it. For me it really triggered when he said “safe zones”. My mind instantly returned “ghetto” and “internment camps”. What kind of speech do you have to give to cause that to echo around your head? Well the one he gave was that kind. His base ate it up. What a shame.

“Those who cannot remember the past are condemned to repeat it.” - George Santayana

Enough on that for now, I don’t want to end one of these posts on that much down beat. Here’s a #randomcatpicture: