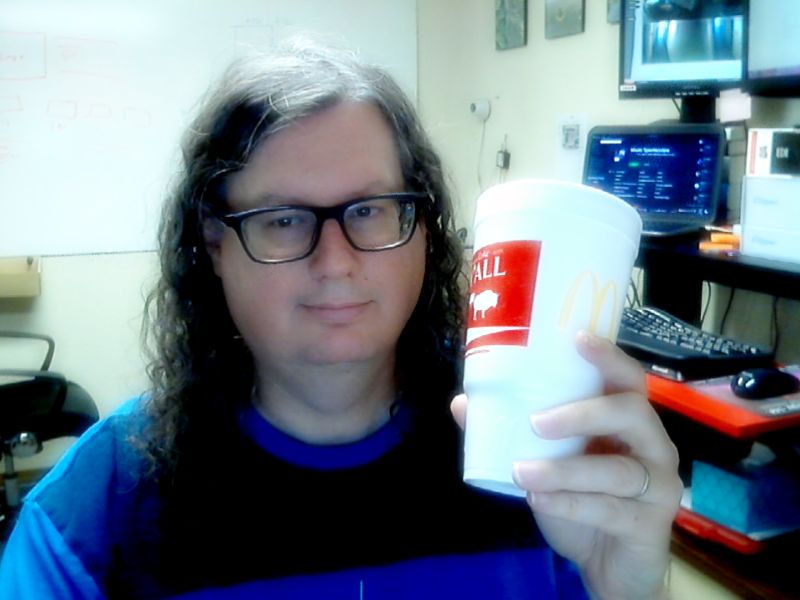 Welcome to another edition of frizzy hair Friday. Wind. Do I need to say more?

I was talking with a coworker this morning about the new Kindle Prime Books service and noticed the book "The Man in the High Castle" by Philip K. Dick was available. I was telling him about the TV pilot Amazon did for that book. I haven't seen the series yet, but I liked the pilot.

I was asked if I read any more alternate history books like "The Man in the High Castle".

Why yes, yes I have.

I started going on about Harry Turtledove's Southern Victory series. I've read up to "Blood and Iron" in that series. I have a few more of those books on my shelf, but haven't gotten to them yet. So now I'm in the mood to pick them up again. I'm going to see what they have on Audible. That might be what I start after I'm finished with "The Ghost Rebellion: Ministry of Peculiar Occurrences" by Pip Ballantine and Tee Morris. Loving the Ministry series. I might go ahead an pick up "The Man in the High Castle" while I'm at it.

Here's some info about the Harry Turtledove series. I'd say be careful of spoilers, but if you know your history, you almost already know what happens:

For lunch today, in case you were wondering, I had the southwest salad from McDonald's. It was good, but was less salad and more like eating a chicken patty with some garnishment. Didn't like the tortilla strips. They tasted like generic Taco Flavored Doritos. I might get the salad again some day, but it not too soon. I've had better. McDonald's Ice Tea is really good though.

Still working on IoT stuff at the office. Right now I'm waiting for others to finish designing and building some circuitry. Our current project is a smaller subset of a much larger project to come later. So now I have two versions of my Node software. This does keep maintaining the code a little more difficult, but it will be better in the long run.

This weekend I'll be recording part 2 of my State Question episodes for the Blog Oklahoma Podcast. Last week's episode dealt with: SQ 776 - Death Penalty; SQ 777 - Agriculture; and SQ 779 - Education Funding Tax. You can listen to it here: blogoklahoma.net/episode.aspx?id=328

I'll also be giving my opinion on all of the State Question in the second half of this episode. I'm still thinking on 780 and 781. All the other's I've made up my mind on. So tune in to the new episode for that. It should be out Sunday night at blogoklahoma.net.

Well that's enough for this afternoon. Need to get back to work on a client website.