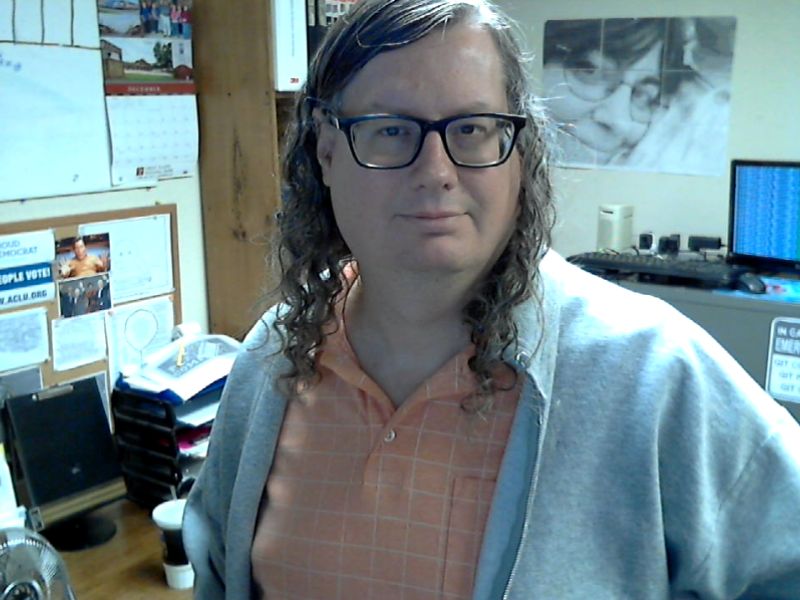 Welcome to another edition of frizzy hair Friday. Wind. Yes that again.

It's been a fairly busy week here at the small cold dark north facing windowless office. The company just launched a new product and I've been busying getting all the stores, website, and social stuff in order for it. Take a look at www.mybreedersupply.com if you're interested.

In between all that I'm still working on all the IoT and Node.js stuff I've mentioned before. We now have Node running on a Raspberry Pi. I've been impressed so far. My latest web application is running just fine on it. Okay I did have one hiccup. Saw a SQLite3 database locked error, once and only once so far. I've attempted to recreate the error but have yet to do so. Scratching my head on that one. Will continue to watch for that error.

I've been using our new Google Home all week and I have to say I really like it. It makes a great addition to our home entertainment system. My only complaint so far is what it can't do. I've heard it say "I can't do that yet" too many times. It won't read all-day events in my calendar. It won't play podcasts I've subscribed to in Google Play Music. It won't play movies I have on Google Play either. Still though those are minor things I hope Google will get working eventually.

Donna went on her annual pantry shopping spree yesterday. She gets a bonus from her employer when she works Thanksgiving. So she took full advantage of it. We now have will over a year's worth of canned goods.

Our office Christmas party is tonight. It's a nice dinner with the extended work family. So that should be fun.

Well I need to get back to finding that bug.